The George Institute for Global Health India is organizing and facilitating a round table meeting bringing together researchers and policy makers involved in tribal mental health to a common platform to discuss current research, mental health needs of the population, future research opportunities, and identify stakeholders who can be involved in providing better mental health care for tribal populations.

The round table would focus on the mental health of scheduled tribe populations and we hope to come out with key recommendations that address some of the related issues in the form of a report.

Tribal mental health is an ignored and neglected area in the field of health care services. The health indicators for Scheduled Tribes - one of the most disadvantaged socioeconomic group in India, is worse compared to other populations in the same areas. Little data is available about the burden of mental disorders among the tribal communities who constitute about 8.6 per cent of the total population of India.

Data from research conducted by George Institute in India show that the prevalence of common mental disorders (stress, depression, anxiety, suicide risk) among Scheduled Tribe communities in West Godavari district of Andhra Pradesh is similar to populations in other rural areas in the region.  Data, research and services for mental health need to be vastly improved in the country such that we can address the mental health problems in this community in more effective ways.

END_OF_DOCUMENT_TOKEN_TO_BE_REPLACED 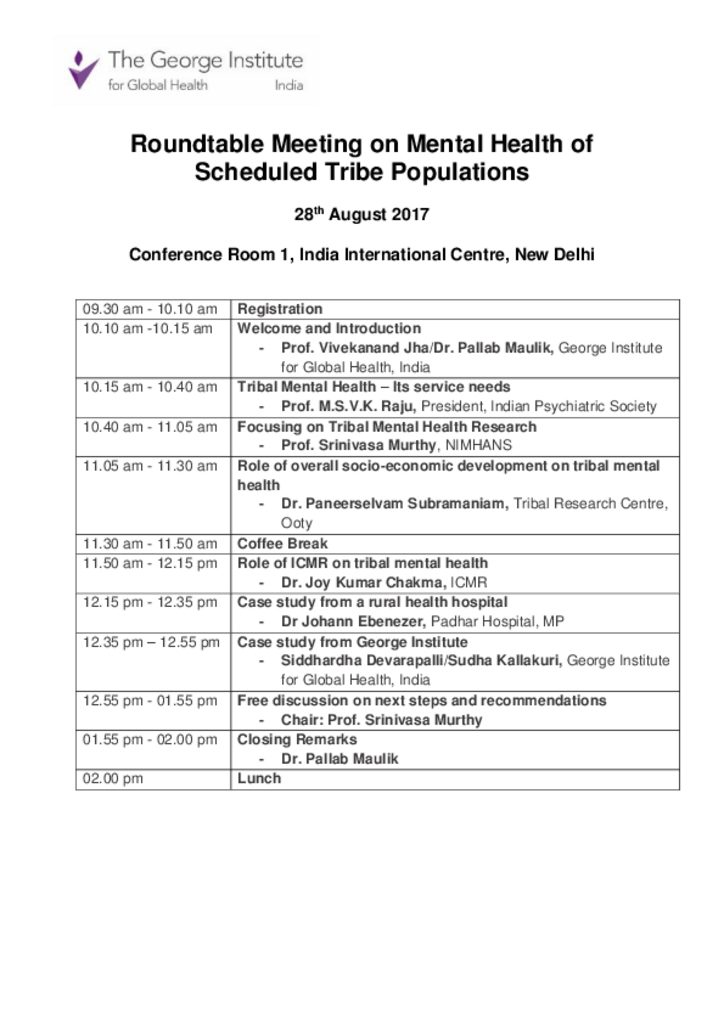