NEW DELHI, MARCH 8. A new study released for World Salt Awareness Week shows that many countries are taking action to drop the salt and those which have well established national salt reduction strategies are doing well compared to the ones which do not. Sadly, India does not figure in this list.

Study author Dr Kathy Trieu from The George Institute for Global Health said  lack of progress in some countries is disappointing given that eating less salt is one of the most cost-effective ways of preventing early deaths from diseases linked to high blood pressure.

This should come as a wake-up call for India which does not have a well-established national salt reduction strategy in place. A lot of voluntary organisations, academics and policy experts have been calling for a dedicated action to ensure that we meet WHO salt reduction targets. Currently, salt in Indian diet is way too high of the WHO recommended norm of 5 gram per day

To reduce premature deaths from non-communicable diseases by a quarter by 2025, the World Health Organization (WHO) recommended that Member States reduce population salt intake by 30 percent in 2013.

At the mid-point for this target in 2019, George Institute researchers looked at all national salt reduction initiatives around the world to determine countries’ progress in achieving the target. Since India does not have a national salt reduction strategy in place, it was not one of the countries studied. But the absence of India in the study underscores the urgency of the wake-up call.

“While we found more countries were taking action on salt, only a small proportion reported decreases in actual salt intakes and no countries have yet met the WHO target,” said Kathy.

Overall the number of national salt reduction initiatives - like food reformulation, front-of-pack labelling, nutrition guidelines in public institutions and salt taxes - was up by almost a third compared to 2014. Twelve countries saw an average decrease in salt intake of at least 1g per day or more.

“People in other countries are still eating almost double the recommended maximum of 5g - or a teaspoon - of salt per day,” said Kathy

Previous studies done in many countries including India have shown that mandatory or legislative approaches may be more effective and produce larger reductions in population salt intake than voluntary measures.

But despite these increases, the authors concluded that countries needed to accelerate efforts to reduce salt intakes and regularly monitor and evaluate progress to achieve the global salt reduction target by 2025.

And with packaged or processed foods making up three quarters of the daily salt intake in many countries, and more people now eating these foods in lower income countries, a stronger focus on this area is warranted.

“We need three key changes - governments need to set more comprehensive and mandatory targets, industry needs to commit to adhering to product reformulation and consumers need to be empowered to switch from processed to fresh foods,” said Kathy.

On the occasion of World salt awareness week, The George Institute India has  also come up with a eat less salt pictorial guide that can serve as a handy resource book for educators and teachers working on awareness programs to reduce salt in Indian diets.

“We need three key changes - governments need to set more comprehensive and mandatory targets, industry needs to commit to adhering to product reformulation and consumers need to be empowered to switch from processed to fresh foods” - Dr Kathy Trieu 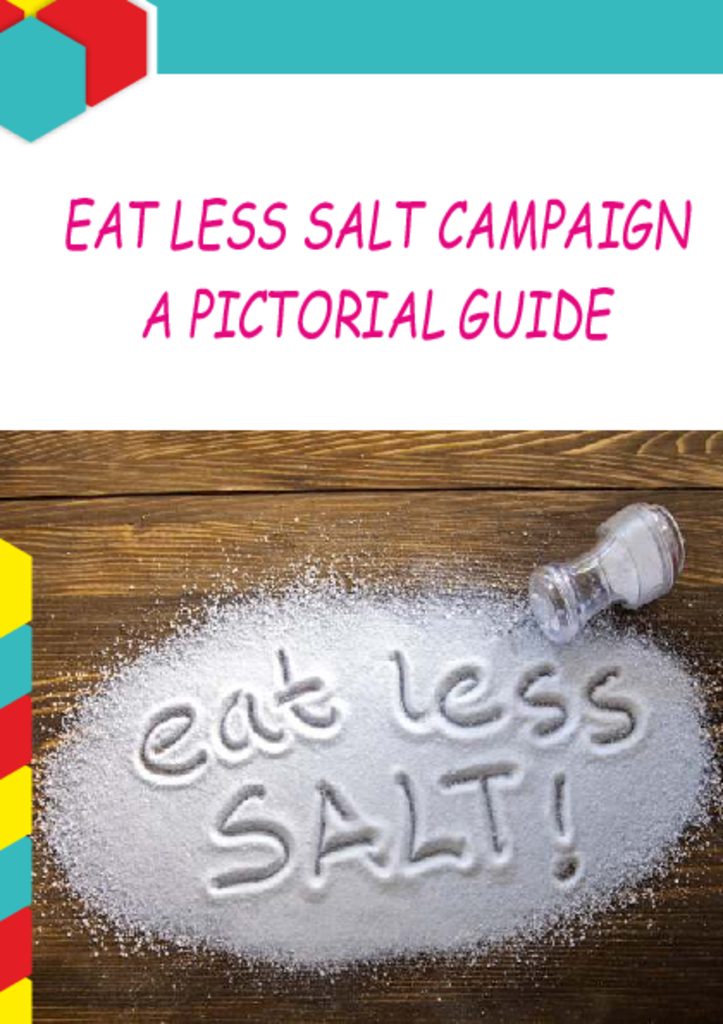