Sepsis, defined as the body’s life-threatening response to infection, was recognised as a global health priority by the World Health Organisation in 2017. A recently published study by the Global Burden of Disease group reported 49 million sepsis cases and 11 million deaths in 2017 which is double the previous estimates.  Estimates of the global burden of sepsis and resulting mortality (based on a global population of 7.2 billion people) all comes from high-income countries (HIC) with data from Low- and Middle-Income Countries (LMIC) is scarce or non-existent. This is problematic as approximately 87% of the world’s population resides in LMIC. In developing countries such as India, with a population of 1.34 billion people, the epidemiology of sepsis is poorly understood despite high mortality and morbidity rate. This problem is further compounded by a very high level of antimicrobial resistance, which is also a major health problem in India.

To estimate the prevalence of sepsis in Indian ICUs

35 sites participated from all parts of India. 669 patients data collected.

This study will provide up-to-date knowledge of the epidemiology and outcomes of sepsis using the old (SIRS) and current sepsis definition (Sepsis 3), and antibiotic use in Intensive Care Units (ICUs) in Indian hospitals and report on antimicrobial resistance patterns by undertaking a point prevalence study in a representative sample of Indian ICUs – both public and private and from the different geographic regions. This data will inform policy makers and provide a platform for developing strategies for the prevention and management of sepsis, antibiotic usage and antimicrobial resistance in India. 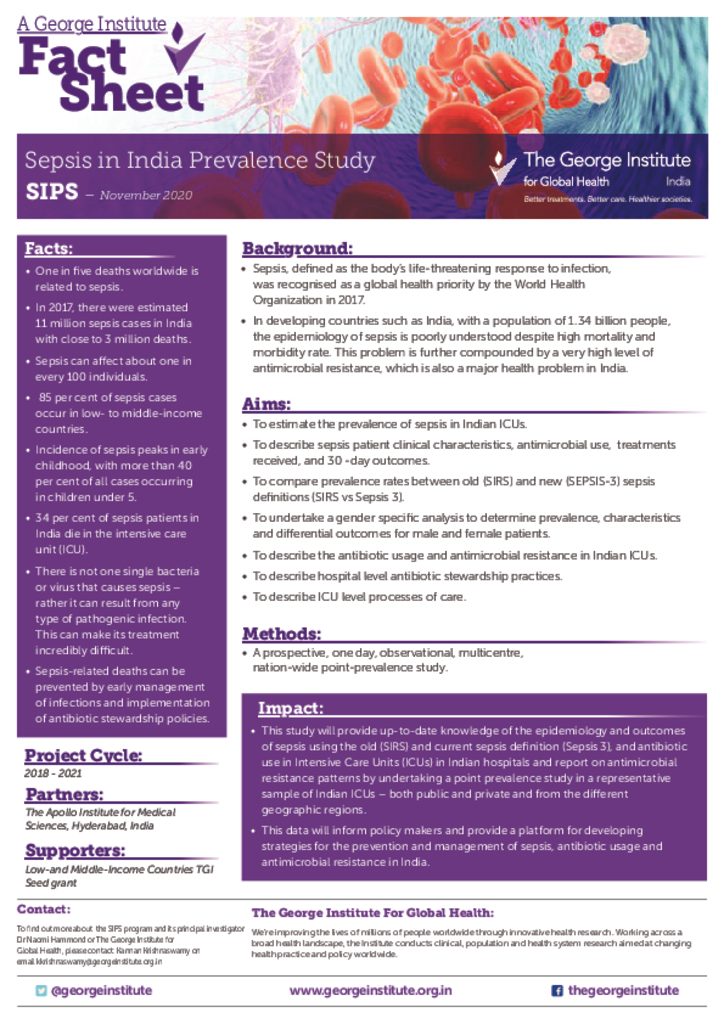